My kids are 5 and half years old and started Kindergarten this school year.  While they have started learning the basics - alphabets, numbers, etc, by the end of kindergarten they are expected to read, know, and write CVC words.  I started working on that sooner at home.  CVC words are 3-letter words made of Consonant Vowel Consonant sounds.  In this post, I'm sharing a CVC Word Activity to play with kids, and a list of CVC words for practice. 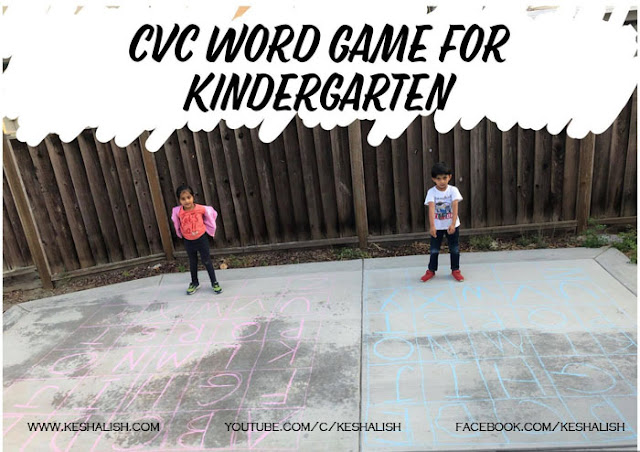 Watch our video how I played a CVC Word Game with kids:

In our video, I asked my children 30 questions in the form of clues, meanings, fill in the blanks, etc. for them to guess the 3 letter word that fits the description. Then they had to spell the word by stepping on to the alphabets that they had written with Crayola Washable Sidewalk Chalk

This activity helped them practice their alphabets, phonics, and spellings, they also had to listen carefully and process the question in their mind to guess the word, while getting a little movement done as they learn. One activity, multiple benefits. 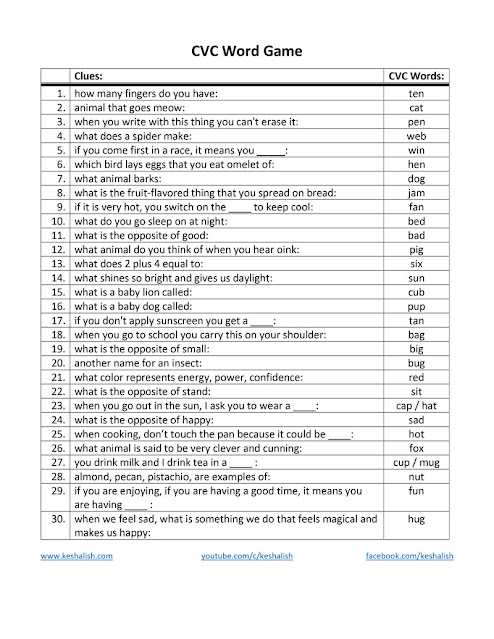 Here’s a list of some CVC words if you want to come up with clues for these to play as a CVC Word Game, or to keep the list handy when you want kids to practice their CVC words. You can play with kids outdoors like we did in the CVC Word Game video, or have them write on paper.

Here are some more teaching suggestions: 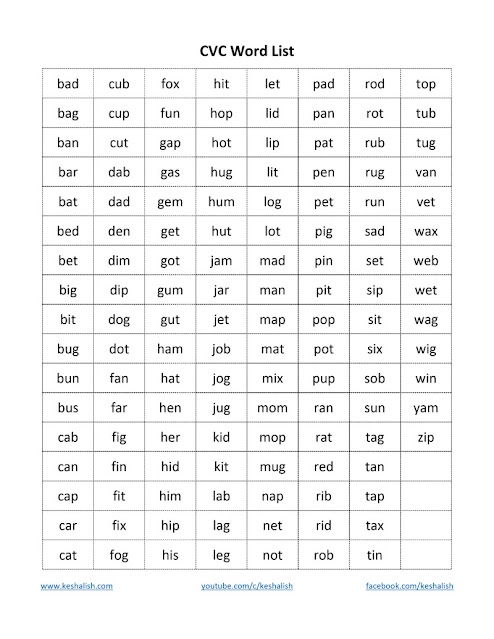 Let me know if the video, the CVC game, the CVC word list helped you. 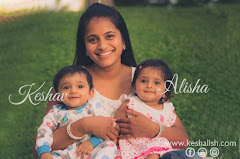 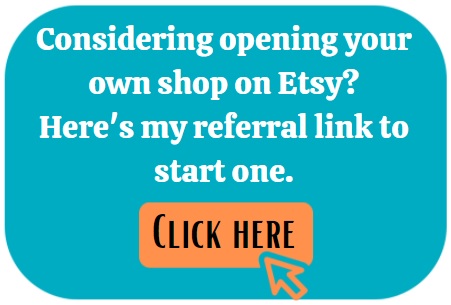